Born in Haïti, Anissá moved at the age of five, with her parents, to Dakar (Senegal) where she immersed herself in the local culture. At the age of 11, she moved to Beirut (Lebanon) where she discovered the damage of war.

In 1998, she moved to Paris and studied musicology at the Paris VIII University. She also pursued  ten years of classical vocal technic at the National School of Music with Odile Pietti, Florence Katz and Mercedes Proteau, and she studied jazz and brazilian music with Laurent Coq (french pianist jazz), Mônica Passos (brazilian singer) in Paris, Diana Goulart and the famous Amelia Rabello (brazilian singers) in Rio de Janeiro.

Anissá has worked and collaborated with some important figures of brazilian music : The pianist Jõao Donato who gave her a new composition Equanto a gente namora, the guitarist Nelson Faria, the pianist and composer Rodrigo Zaidan, the bassist Josias Pedrosa and the drumer Lucio Vieira with whom she recorded a 5 tracks extended play.

Anissa has been the voice of Shades of Blue since 2010. 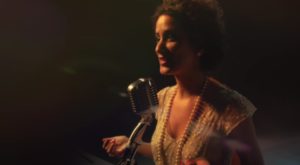 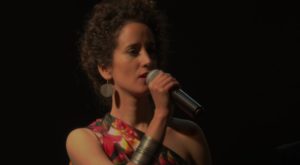 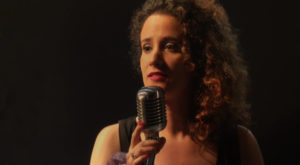