After being granted first prize for the flute by the Conservatoire de Vincennes, Philippe decides to make a change, and takes up the double bass, studying under Marc Buronfosse at the Conservatoire of the XIIIth arrondissement in Paris.

He receives a degree in Jazz studies from the ENMD in Montreuil, France, under the direction of Malo Vallois, and participates in numerous workshops with renown bassists Hein Van de Gein, Henri Texier, Daniel Humaire, Aldo Romano Eddie Gomez…

From 2006 to 2008 Philippe plays with “Body Rhythm,” Leon Parker’s Jazz and vocal ensemble — a collaboration that leads him to further deepen his knowledge of Jazz fundamentals.

He currently plays with the “Swingendo” orchestra (10 musicians), a musical about the life and times of George Gerswhin, as well as with various Jazz and related music groups. 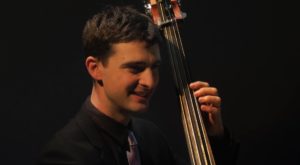 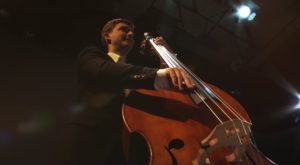 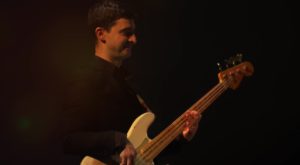