Born in Toulouse, Rémy has been playing music since the age of 12.

Following high-school he moves to Paris and studies at the CIM under the direction of Frédéric Favarel while taking regular masterclasses with the biggest names on the Paris Guitar scene.

In 2003, after spending several months in New York City, he enrolls in the Jazz department at the Conservatoire of the IXth arrondissement in Paris, where he receives his diploma in année 2004.

In 2005 he heads for the Netherlands where he studies at the Conservatorium van Amsterdam with mythic guitarists Richard Bona, John Scofield and Joe Lovano.

In 2007 Rémy records his first album. The same year he receives a Fulbright grant to study at the New School for Jazz and Contemporary Music in New York City. He spends the following year at the New School where he works with Jazz legends such as Reggie Workman, Joe Chambers, and takes masterclasses with guitar greats Peter Bernstein and Christian McBride. His New York adventure culminates in multiple gigs in the Big Apple.

Rémy has played at Sweet Rhythm in New York, the New Morning in Paris and a wide variety of venues in Europe. He has also played at festivals such as Jazz sous les Pommiers, Jazz à Souillac, Jazz sur son 31 and the Staten Island Jazz Festival in New York City.

He has been a member of Shades of Blue since 2010 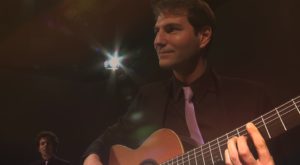 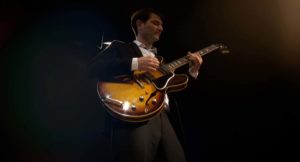 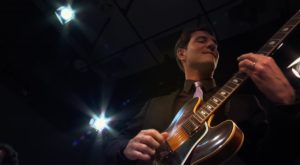